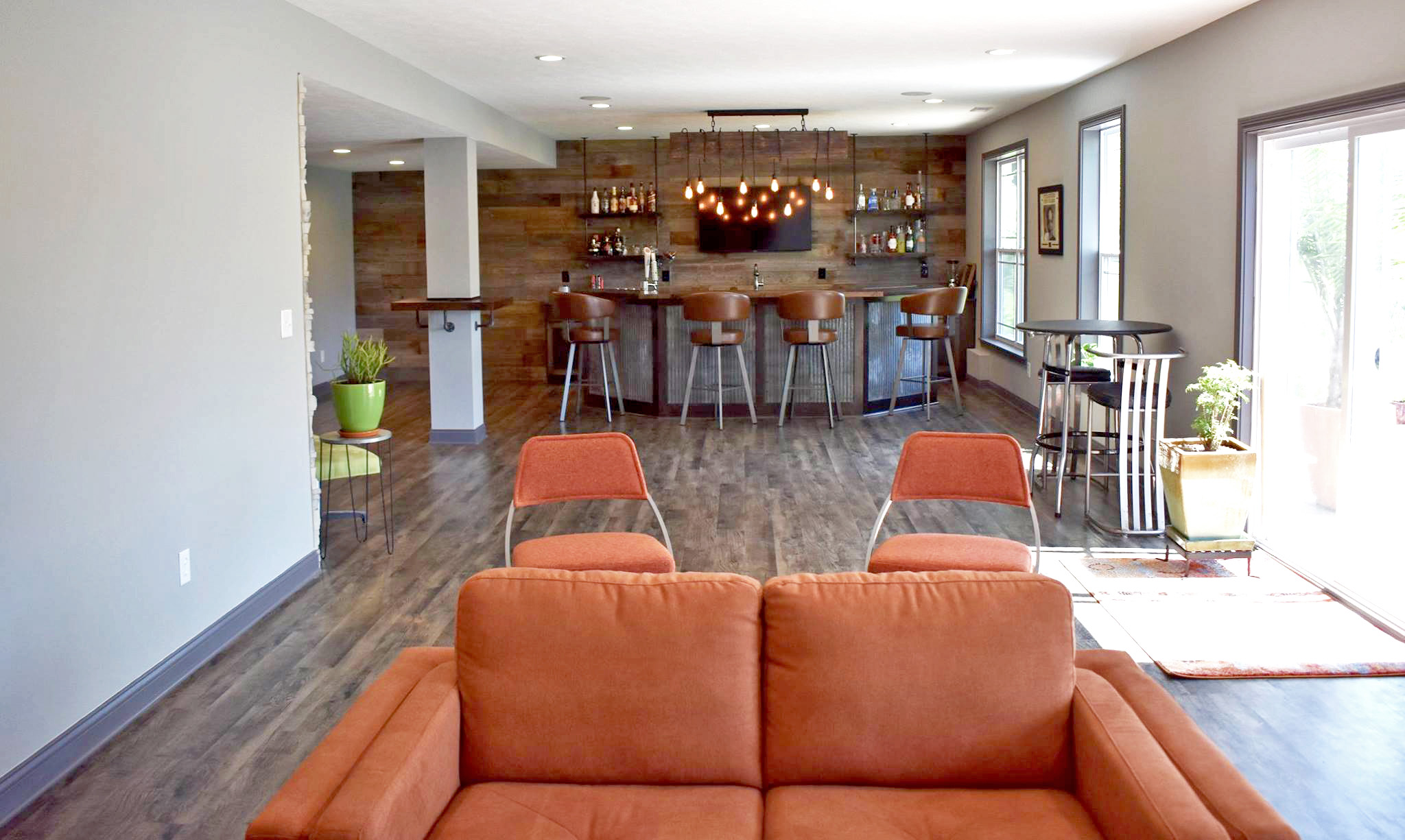 If you have one or more questions about basements and want to learn more, here is a list of some of the most commonly asked questions that people have about basements, along with some detailed answers to help you out.

Keeping the following knowledge in mind, you can more accurately identify issues that warrant repairs, or in some cases, a complete basement remodel. 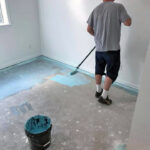 1. Are Basement Floor Cracks Normal?
One of the most common problems with basements is floor cracks, but it’s important to understand what the cause is, which will help you figure out what to do to repair them. Cracks will likely appear in concrete basement floors over time, so you should determine whether or not it’s an issue worth your concern.

The general rule for basement cracks is that if a crack is under one-eighth of an inch in width, you shouldn’t be worried about any serious issue. CMH can help you choose the best flooring for your basement.

2. When Are Basement Cracks a Problem?
There are several issues that could be behind your basement floor cracks, which you will want to take seriously.

Shrinkage
Cement and water are the main elements of concrete. Following the pouring process, it cures until it’s solidified. During the curing process, concrete shrinks. The amount of shrinkage that occurs will be dependent on temperature. If the temperature experiences a significant drop in temperature when curing, this can result in cracks. Conversely, hot temperatures could rapidly dry the concrete, which speeds up the curing process and can also create cracks. Keep in mind that regardless of your basement’s condition, shrinkage will occur over time.

While there are certain ways to slow the shrinkage process, including through the controlling of cracks in certain areas, you can’t prevent it. Some areas are more vulnerable to shrinkage than others, including areas around doors or certain sharp corners.

On the other hand, cracks resulting from shrinkage don’t typically cause structural problems of any kind, though they may leave your basement vulnerable to pests or flooding. Ultimately, if the cracks are over an eighth of an inch wide, you should consider repairing and sealing them.

Settlement
Settlement is another factor that could contribute to basement cracks. Settlement involves the shifting of the soil beneath your home’s foundation as a result of instability. Most homes are designed to allow for only about an inch of soil movement, with some areas designed to allow for up to four. Basement leaks and tree roots are also common culprits behind settlement.

Other signs of settlement could include gaps that form beneath the floor and walls, along with the walls and ceiling, walls pulling away from each other, and cracks on the walls, particularly in corners. It’s best to contact experts if you see these indicators.

Frost Heave
If you live in an area where the winters are cold, your home could also be at risk of frost heave. This occurs when the soil freezes and then thaws, causing an expansion and then a shift beneath the foundation. Similar to settling, this shift causes the concrete to shift and eventually form cracks. The number-one sign of frost heave is cracks located near support columns in the flooring.

If you notice any signs of any of these issues, it may be time for repairs or renovations. 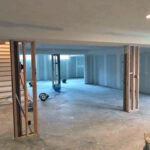 3. Are Basement Walls Load Bearing?
While you may think that all basement walls are load-bearing, especially if the house sits on top of it, this isn’t always the case. It may not be easy to determine if a wall is load-bearing, but there are a few ways to find out.

Exterior Foundation Walls
All of these walls are load-bearing, as the strongest walls you’ll find in a basement. They are made of concrete and reinforced with steel. They are often referred to as the foundation because they can support a large amount of weight. These walls are integral in supporting the rest of the home’s structure.

Joist Configuration
You can typically tell if a basement all is load-bearing by checking to see if it runs perpendicular to the floor joists. If this is the case, then the wall is likely capable of bearing the load of the joists above. However, if the wall runs parallel to the joists, the wall is probably not load-bearing.

Normally, you can double check to see if a wall is load-bearing by either figuring out which walls line up with the walls on the ground floor, or view the home’s blueprints, which will label the walls accordingly.

4. Are Basement Floors Insulated?
To mitigate termite or other pest infestations and prevent mold or other types of damage due to moisture, basements need to stay dry. In many cases, basement floors will require insulation using rigid insulation or slab insulation.

Rigid insulation, or sub-slab insulation, uses either expanded or extruded polystyrene to provide improved comfort and resistance to moisture damage. Slab insulation should use a polyethylene sheet as a vapor barrier that’s placed over the rigid insulation in direct contact with the concrete slab.

These types of insulation will keep a basement sufficiently dry.

5. Can Basement Pipes Freeze?
While exposed pipes in basements aren’t vulnerable to freezing due to their installation in heated parts of the home, plumbing pipes in unheated areas such as crawl spaces and garages could freeze. In many cases, you can use foam pipe insulation to prevent frozen pipes in locations with moderately cold climates.

6. Can Basement Stairs Be Moved?
In short, yes, it’s possible to move basement stairs. The problem is that there are many aspects to consider if you want to relocate them to another area of the basement, which may not make it the most efficient project. Apart from the cost of moving basement stairs, you’ll also need to consider the home’s structure and how the move will affect it. Electrical wiring and structural support are some of the considerations that will be involved in this project, which means you’ll want to work with experienced remodelers if you plan on achieving this, who will help engineer it and determine the best new location for your stairs.

7. Can a Basement Be a Bedroom?
As more people look for ways to make their basement feel more like a true part of the home, many are converting them into everything from entertainment spaces and second living rooms to, of course, bedrooms. While you may only want to make a basement bedroom an add-on, you could potentially convert an entire basement into a nice living space that makes the bedroom the focal point.

8. How Can I Insulate My Basement Walls?
If you want to insulate your basement walls, you’ll want to make sure that they’re protected with a waterproofing or dampproofing system. Once this is in place, you can install insulation from the top of the footing to an area near the top of the rim joist.

9. When Is a Basement Considered Finished?
A basement is generally considered finished if it has lighting and heat, along with sufficient electrical work and ducts, and is essentially a livable space. Floors in a finished basement are also completely covered with some type of installed surface such as carpet, wood, tile, vinyl, laminate, or stamped or stained concrete.

However, there isn’t a universal definition for what constitutes a finished basement.

10. Where Does Basement Humidity Come from?
Basement humidity is a common problem that many basements experience, which could result in a buildup of mold and the growth of fungi, along with problems such as rot and structural damage.

Humidity comes from several sources, including leaks in the home and other plumbing problems, bathrooms and kitchens without exhaust fans, dryers without vents, leaking ducts, and humidifiers. Avoiding these issues can keep the basement dry and free of potential issues pertaining to humidity.

With all of this in mind, you can better monitor your basement’s overall condition and determine if a project is DIY or could benefit from the service of professionals. In many cases, you may want to consult with repair experts, but if you think your basement could benefit from a complete makeover, it may be time to consider a partial or complete remodel. 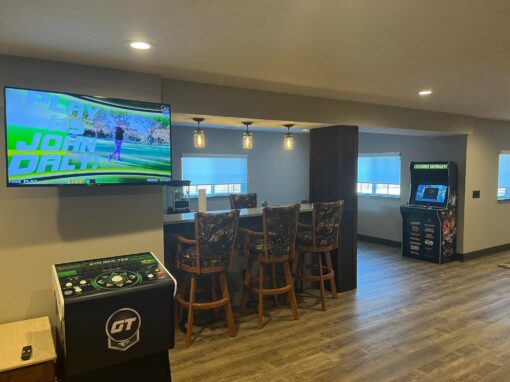 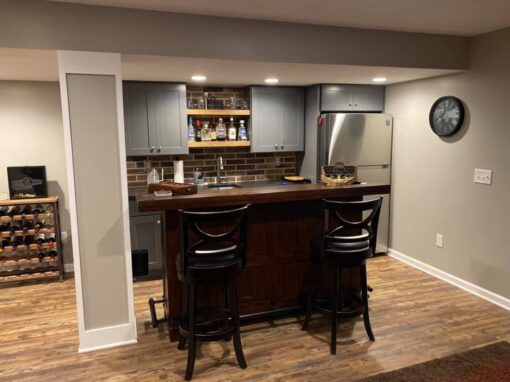 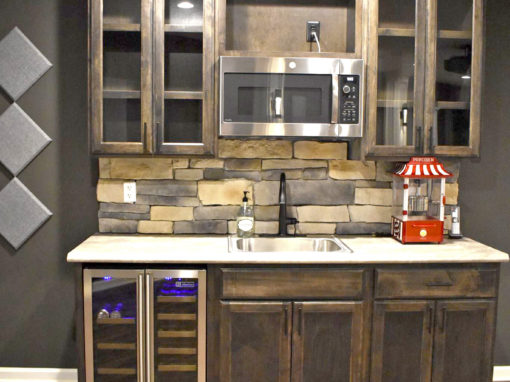 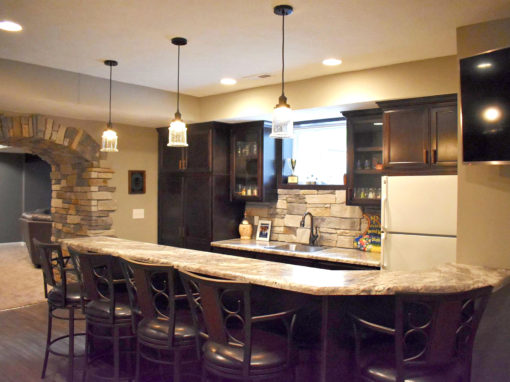 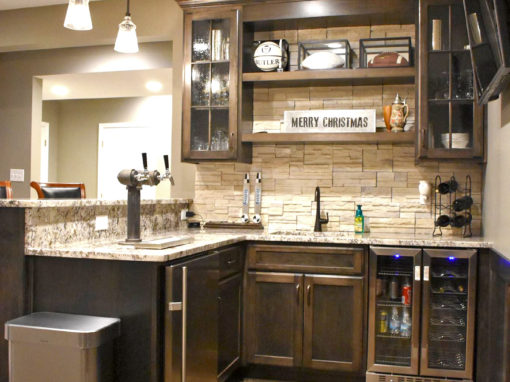 “All the people I worked with at CMH were very friendly and went out of their way to help us get the job done the way we wanted it done. I would recommend them without reservation.”

“From start to finish this process could not have been better! CMH provided my wife and I an amazing experience to get our basement completed! Every step of the process was flawless and we would recommend CMH to anyone!”

“We were very impressed with CMH Builders from the beginning and throughout the entire process. They are a well-organized company with great attention to detail and very prompt and responsive.”